Kenzie J.and Kimberly B. were selected to be members of the Southwest Kansas Sixth Grade Honor Band. They along with 84 other students were invited to Garden City Community College on Saturday, February 5 to take part in day long rehearsals and concert. Being a member of this group allowed students to be part of a large ensemble and enjoy playing music with instruments that may not be present in their own school band. About 18 schools sent students to be included in the band.

Guest director for the day was Mr. Don Linn, associate band director at Kansas State University. The band practiced 5 concert selections and then performed them in front of parents and friends who watched and listened as they sat in the large Pauline Joyce Fine Arts Auditorium.

One of the selections performed was written especially for the 2011 Sixth Grade Honor Band. Daniel Baker, a music composer, was commissioned to write “River Rhapsody.” This piece was a 2 part piece to show musically how a river might sound as it winds through the countryside. Another popular selection was “Dragonfly.” Brass musicians were able to play the piece while buzzing on their mouthpiece to imitate the sound of a dragonfly as it flits through the air.

Congratulations again to Kenzie and Kimberly for their participation in this select group. 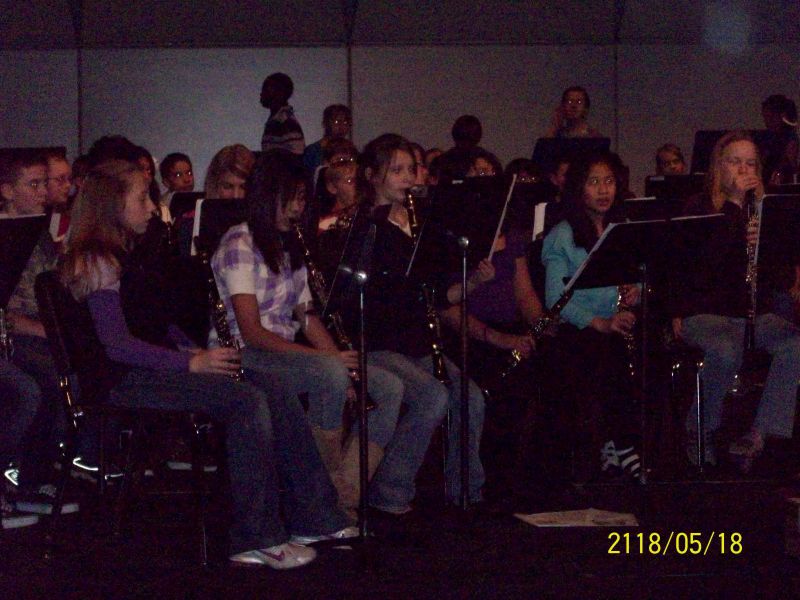